ii. The second is to implement Minimum set of Ecosystem, as  mini “Core Biome”  which is a concept for transferring a reduced ecosystem to space.

iii. The third is to establish Hexatrack®  conceptually and technologically, as an artificial gravity transportation system for interplanetary travel.

Based on the fact that “1G is the identity of mankind”, we propose an artificial gravity network consisting of “Lunarglass® Mars Glass®”, “Core Biome®”, and “Hexatrack®” to support human space life.

As life in space becomes a more and more realistic goal, low gravity on the moon and other planetary bodies are being considered a problem. Therefore, artificial gravity has been attracting attention worldwide, especially in the medical community. Therefore, we have decided to lead the world in announcing a joint research project on the Core Biome Concept, which focuses on artificial gravity habitats as a core technology for space development.

The following is a description of the three concepts of this joint research for life on the Moon and Mars.

The day when humans will live in outer space, on the Moon, and on Mars is just around the corner, and NASA has positioned low gravity as a key issue for human life in space, but research on low gravity has been limited to maintaining adult bodies, and its effects on the birth and growth of children have not yet been studied. Without gravity, mammals may not be able to give birth successfully. Even if they were able to give birth, mammals would not be able to develop normally in low gravity. If a person grows up in low gravity, they would not be able to stand on the Earth. Therefore, we propose an “artificial gravity habitat” that can generate gravity equivalent to that of the Earth’s environment by utilizing centrifugal force caused by rotation in space, on the Moon or Mars, as the core technology for human space exploration. We believe that people should live in the facility on a daily basis and enjoy the low gravity of the Moon and Mars and the weightlessness of space only when they are working, conducting research, or enjoying leisure. By living in the facility, human beings will be able to have children without anxiety and maintain a physical condition that allows them to return to Earth at any time.

ii. “Core Biome” will be implemented, which is concept for transferring a reduced ecosystem to space

Previous space migration plans have focused only on securing “air,” “water,” “food,” and “energy,” which are survival infrastructures for human settlements. But they have not considered the transfer of terrestrial “natural capital,” which is the basis of these survival infrastructures on Earth. When we actually consider life outside the Earth, it is necessary to formulate a plan based on realistic figures on how natural capital can exist in the celestial environment, to make food, clothing, and shelter possible, and implement a space society. We envision a future in which human migration to the Moon and Mars becomes a reality in the latter half of the 21st century, and we define the Earth’s ecosystem system from which the elements are extracted as a “core biome complex.” We first identify the minimum biome necessary for migration, as the “Selected core biome.” At the same time, we aim to establish a core academic discipline for space migration to other celestial bodies (referred to as “relocation environments”) by integrating the essential technologies as “Core technology” and social infrastructure “core society” necessary for such migration. This academic system will also aid in global environmental conservation and the formation of human social organizations. In this project, one of the goals is to establish a mini-core biome in the artificial gravity habitat LunaGlass MarsGlass.

iii. To establish Hexatrack® conceptually and technologically, as an artificial gravity transportation system for interplanetary travel.

The Hexatrack® – Hexagon Space Track System- is an interplanetary orbital transportation system between the Earth, Moon, and Mars that maintains 1G for long-distance travel. In a future space society (core society) where life on the Moon and Mars will become a reality, each colony (resident group) will conduct economic activities, and many people will travel for business and tourism. The Hexatrack® system is an artificial gravity transportation system based on a rotating train system to minimize the health effects of low gravity during long-term travel.

The SPACE EXPRESS is a six-car train that is the size of a Bullet (SHINKANSEN) train (25 m long, 3.4 m wide, and 4.5 m high) and has a standard gauge (1435 mm rail width) power system. When ejected into space, each car is connected by a bar to maintain a straight line. Airtightness should be ensured in order to maintain one bar in a vacuum. Upon arrival at the base station, each car is detached one at a time. The first and last cars are each equipped with a rocket- device to “accelerate” in space and escape the gravitational sphere of their respective planets. On planets with atmospheres, the vehicle will spread its wings to take advantage of the lift force. On the Moon and Mars, the vehicle will be operated as a high-speed express train connecting the base cities of each planet.

The Hexacapsule is a hexagonal-shaped capsule, with a mobile device in the center. There are two types of Hexacapsules: a small mini capsule (15m radius) for Earth-Moon travel and a large capsule (30m radius) for Earth-Mars or Moon-Mars travel. The large capsule has an unconnected outer frame, and the movement of people from each vehicle uses a radial central axis. The capsule maintains 1 G (5.5 rpm at a radius of 30 m) when traveling between the Moon and Mars.

<Rail Launcher to Base Station>

Railgun technology (acceleration technology using a linear motor catapult, etc.) is used to eject the train from the Moon or Mars to the base station. If the maximum ejection speed is sufficient, subsequent acceleration is not necessary, but to avoid unacceptable acceleration for passenger, the train is continuously accelerated by rocket engines after ejection to escape from the gravity sphere of each planet. On each planet, it operates as a railroad system.

The train will be housed in a Hexacapsule at the base station, and passengers will be able to travel long distances onboard the train.

← Ejection system to the base station

We believe that this research will contribute to the construction of a sustainable society that encompasses extraterrestrial space by making the public aware of the challenges of life in space, including the problems of low gravity, and how to solve them, and by arousing a renewed awareness of the importance of the global environment. In the future, we plan to examine what a specific artificial gravity facility would be like as a device, to what extent the ecosystem should be reproduced, and what humanistic, legal, and institutional requirements are necessary.

This research project will proceed as a joint research project between the SIC Manned Space Research Center, the Graduate School of Integrated Ars Vivendi, Kyoto University, and Kajima Corporation, with the cooperation of other experts as necessary.

The United States and the United Arab Emirates have been making aggressive proposals for Mars migration, but we expect that Japan will come up with its own unique ideas. Through our discussions over the past few years, we are convinced that the three pillars of our proposal are not found in the development plans of other countries, and that they are the core technologies that are essential to ensure the implementation of human space migration in the future.

The problem of low gravity, which I intuitively felt as a child, is now becoming a real issue as life in space is becoming more and more realistic.

I am very grateful to be able to conduct research with Kyoto University toward the realization of an artificial gravity habitat at this turning point in our journey to space. We are committed to making this joint research meaningful for mankind. 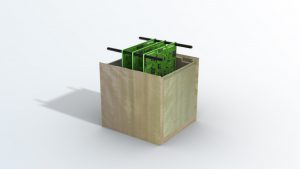 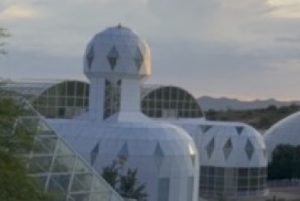